With a little bit of Affinity Photo magic, you can turn ANY photo into a pencil sketch. And best of all, you don’t even need a pencil! 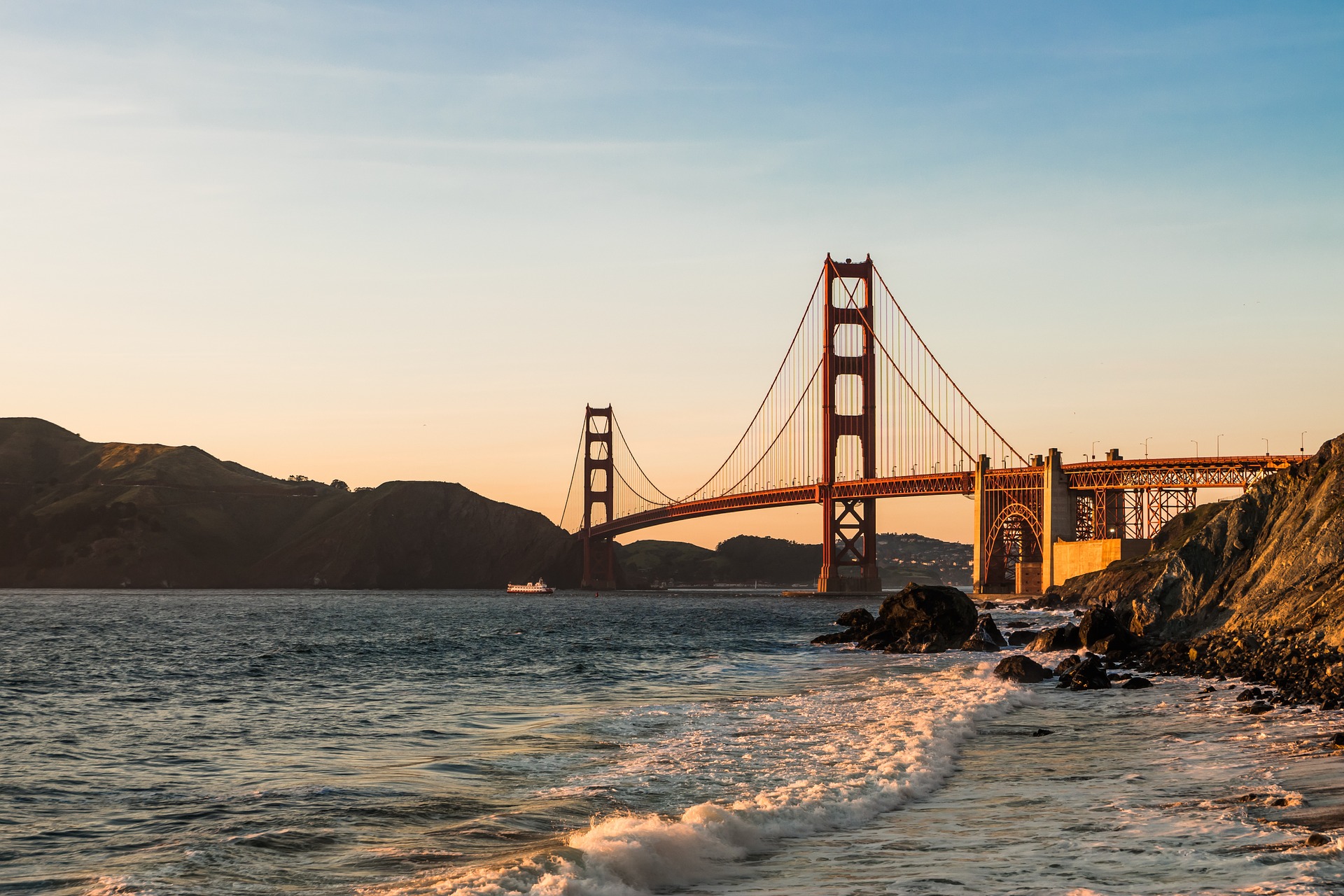 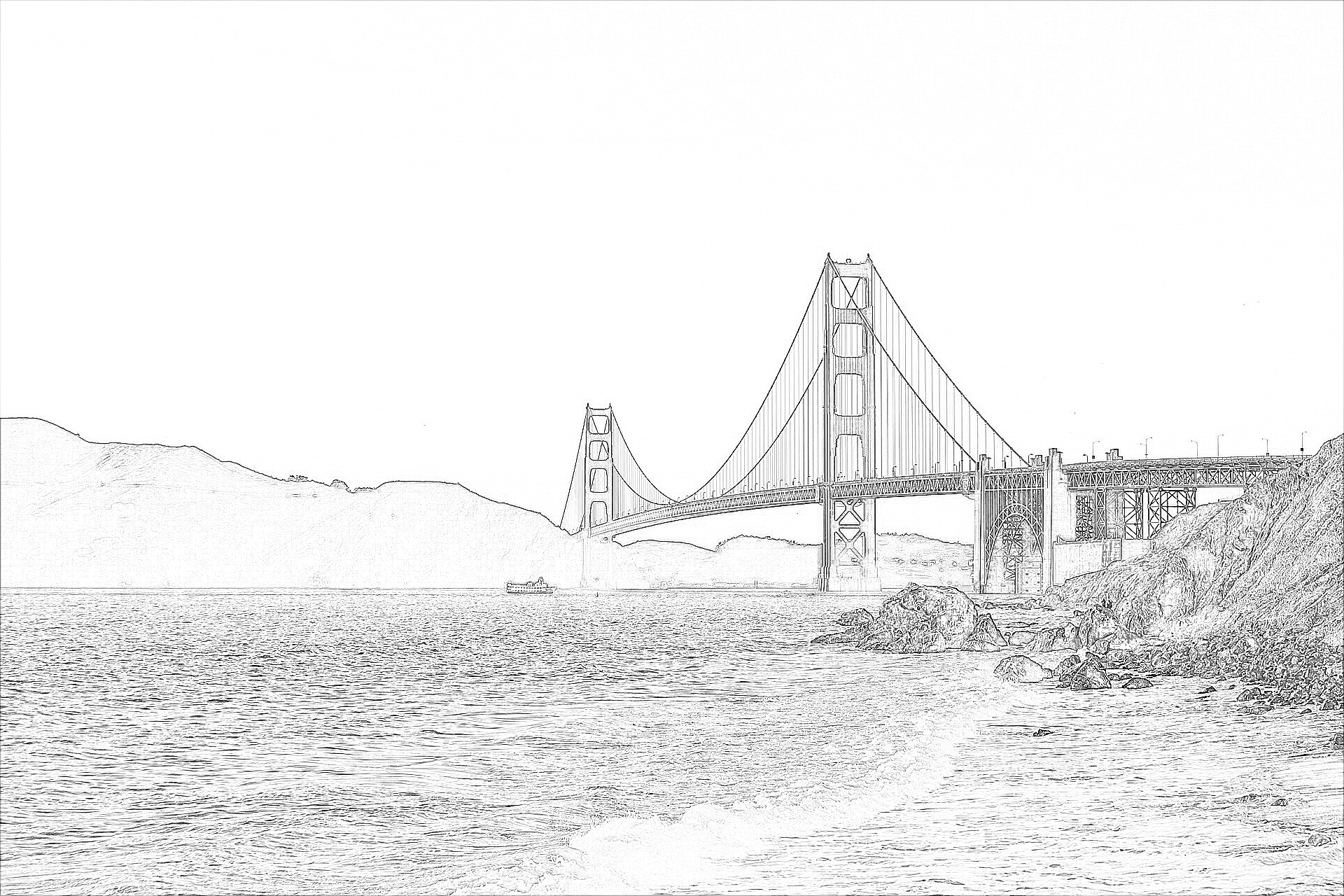 For this tutorial, we’ll be using this gorgeous bridge photo.

In addition to this written tutorial, you can also watch our video tutorial on creating a pencil sketch effect.

Alright, let’s do this.

Duplicating the layer will make it easy to see our before and after in the end. 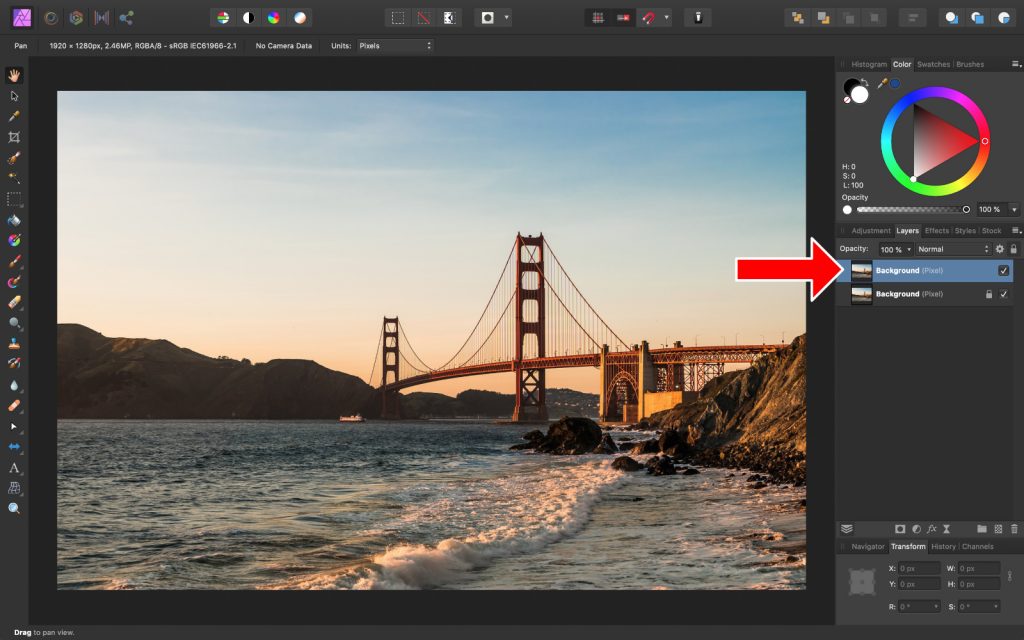 With the photo duplicated, press on the Adjustment icon. 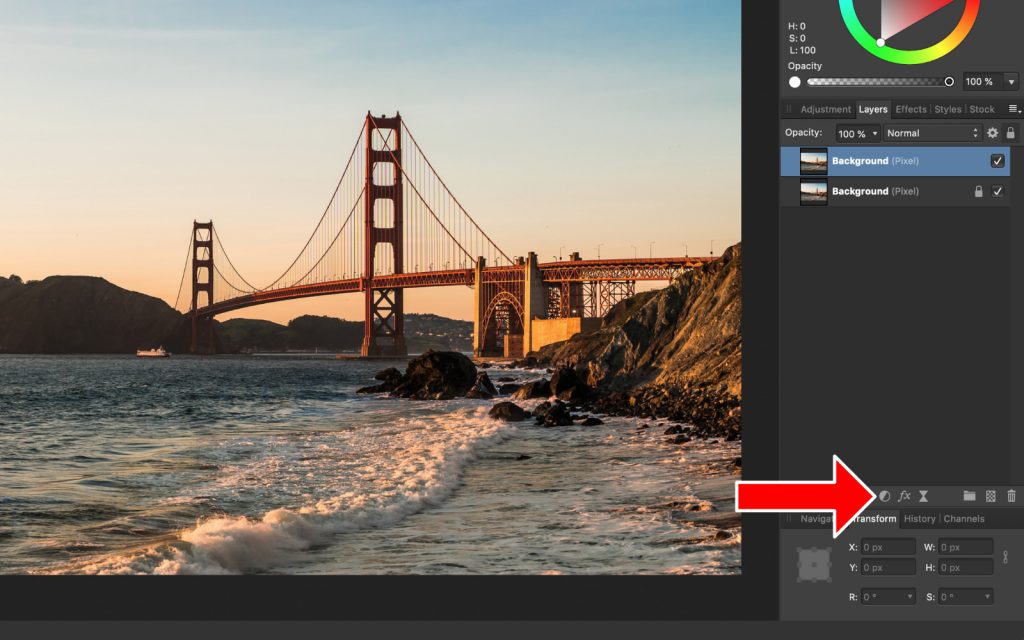 The HSL adjustment lets you adjust the Hue, Saturation, and Luminosity of your photo. 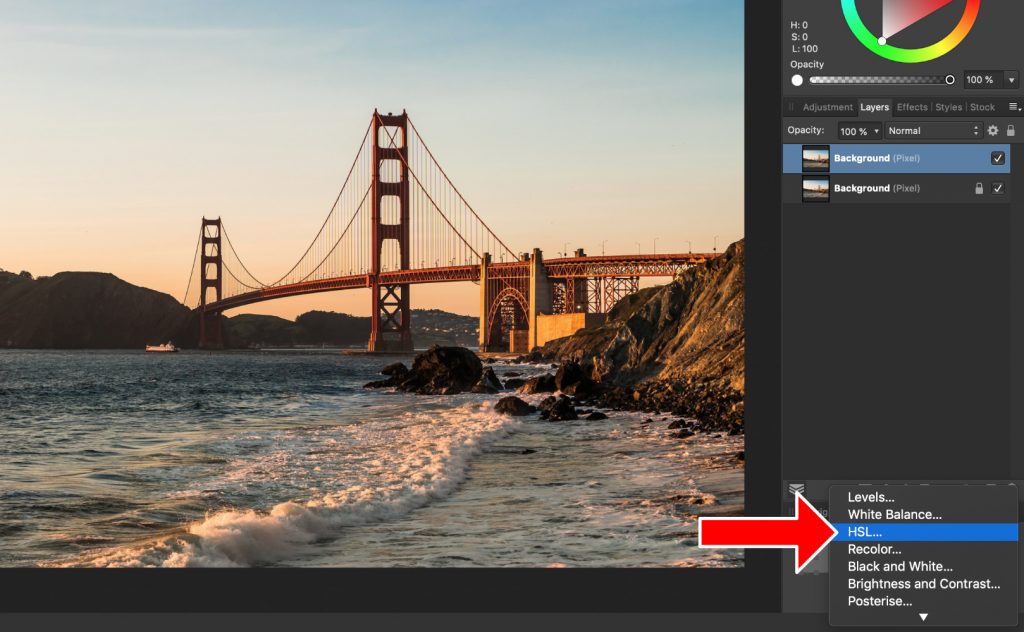 Drag the Saturation slider all the way to the left to completely desaturate the photo, then exit from the HSL Dialog Box. 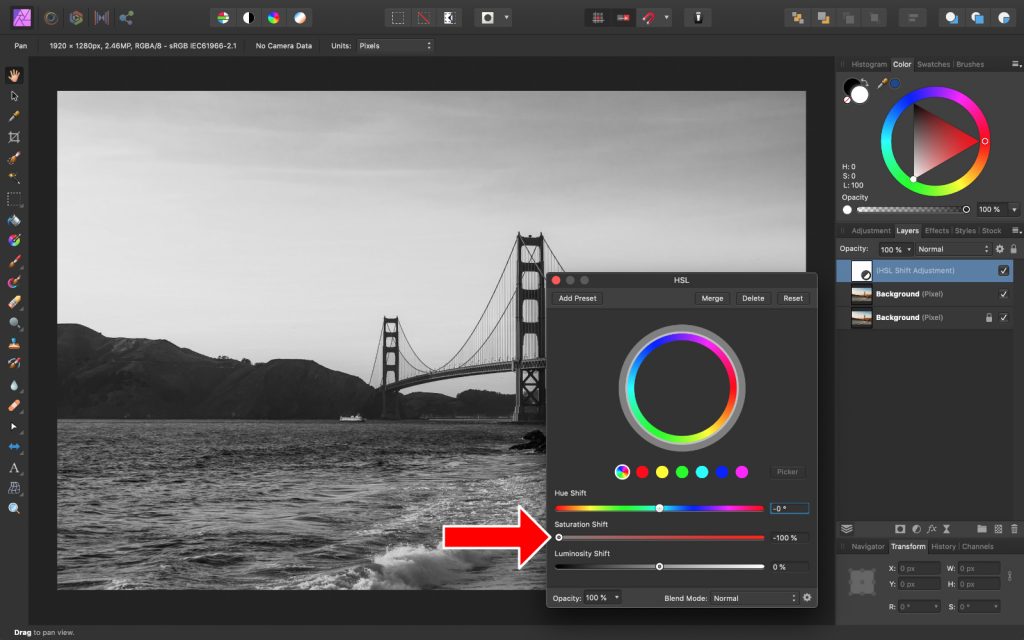 In the Layers panel, select the duplicate photo layer, and change the Blend Mode from Normal to Color Dodge. 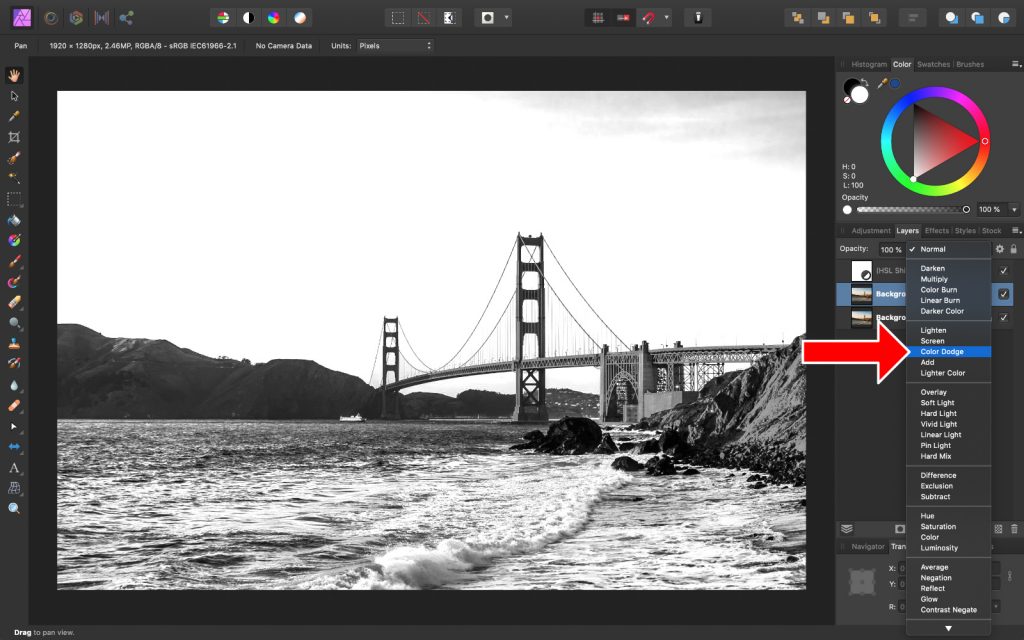 Then press Command I (Mac) or Control I (PC) to invert the layer. At this point, your image should be almost entirely white. 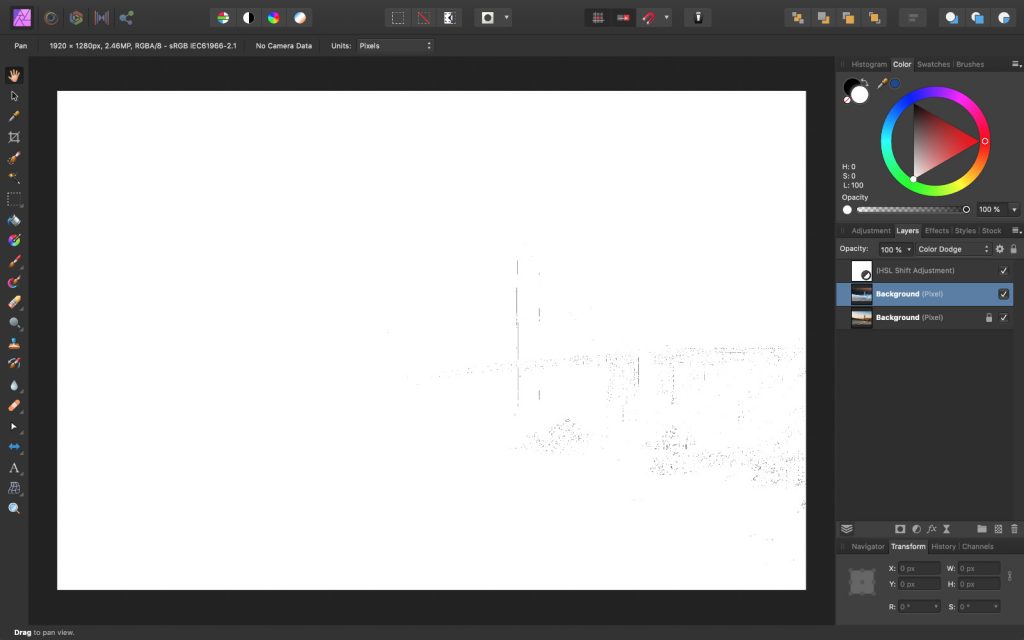 At the top of the screen, go to Layer, then New Live Filter Layer, then Blur, then Gaussian Blur Filter. 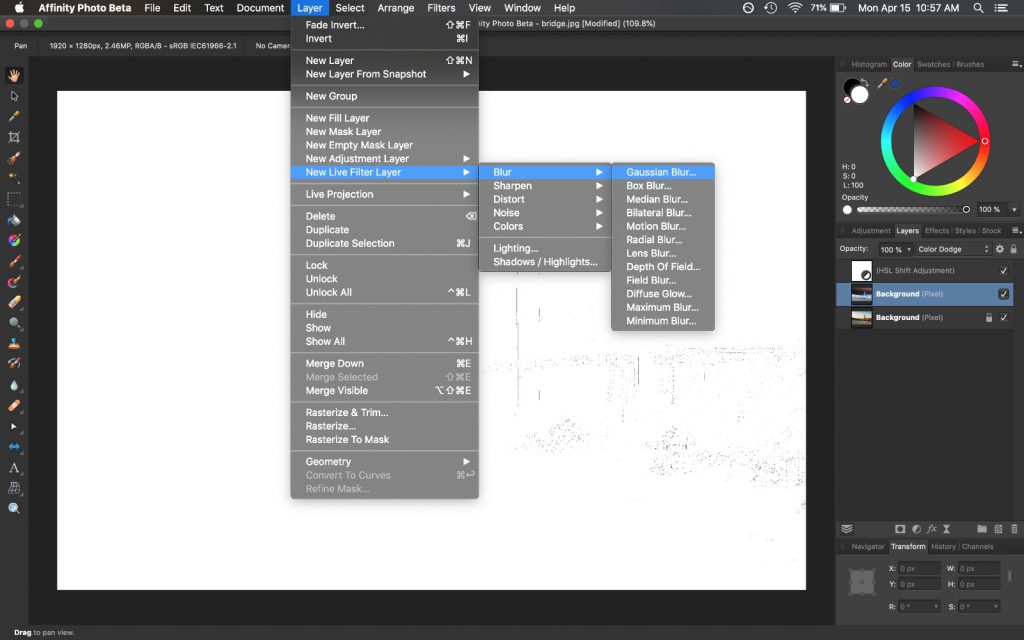 In the Dialog Box, bring up to Radius slider. If you drag the Radius all the way up, you can see all of the picture again, which isn’t what we want for the pencil sketch. 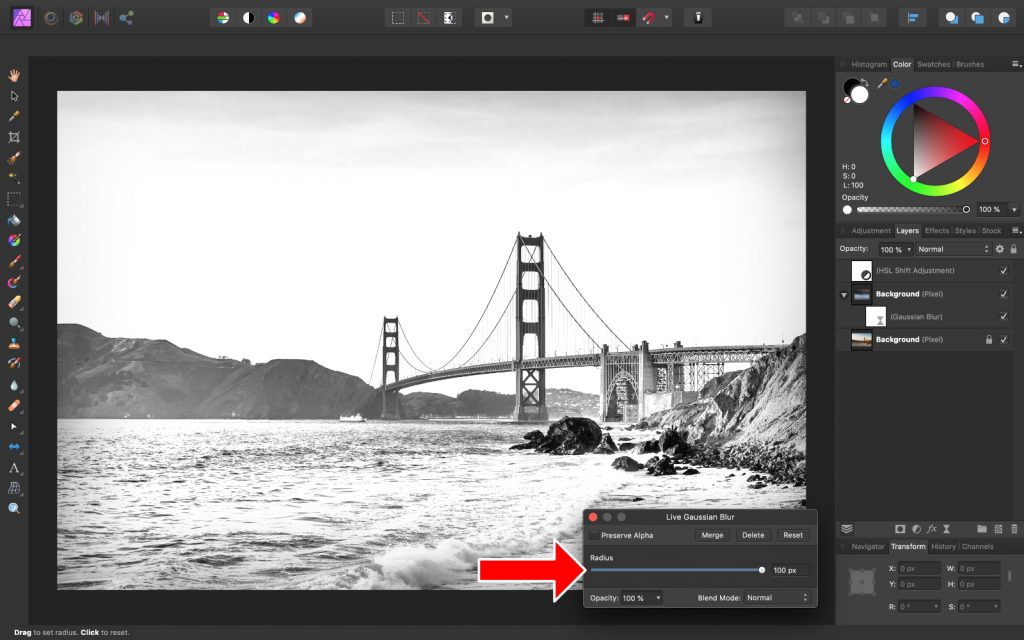 Instead, we can give the picture a sketched look by keeping the Radius set to a low number. In this example, I’ve left it at 0.8 pixels, but depending on what photo you’re working on, you might need to make the radius slightly larger or smaller. 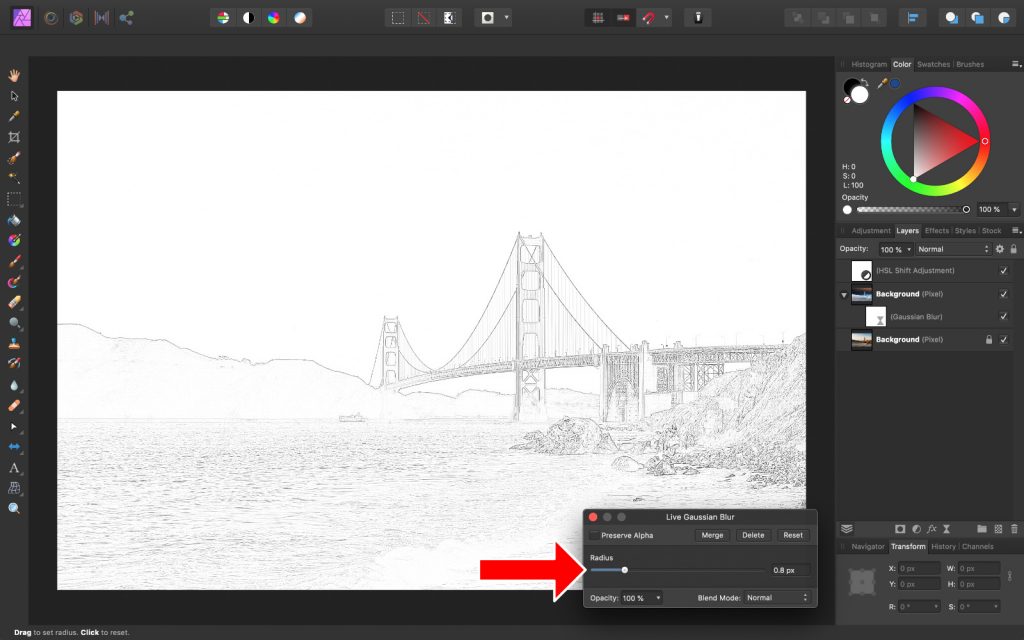 Step 3: Level It Out

Now we’ll use a Levels adjustment layer to make our pencil lines thicker and darker.

Go to the Adjustment Studio, and press Levels. 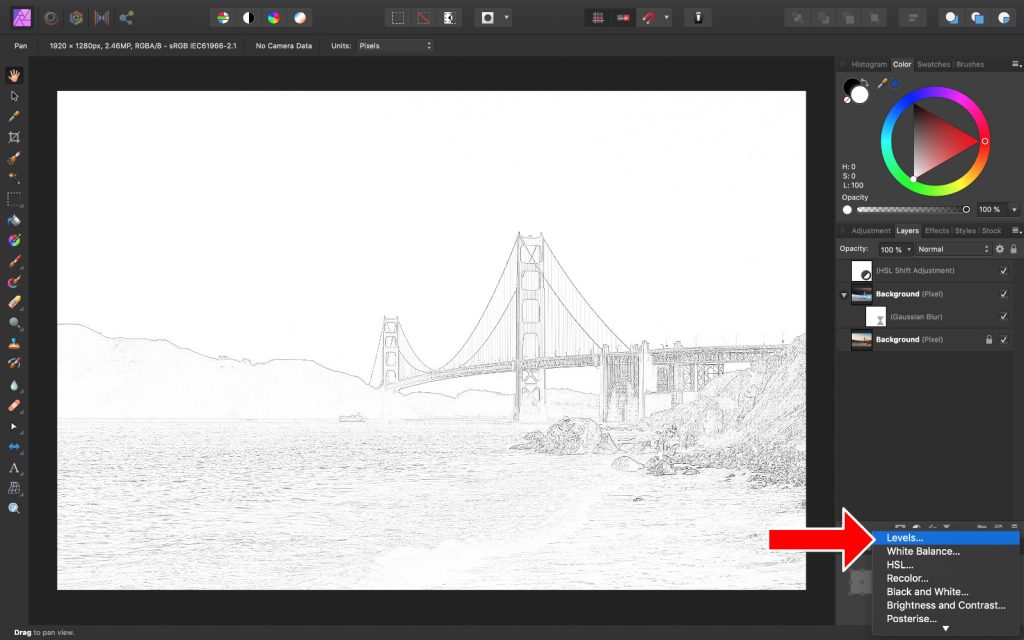 In this Dialog Box, increase the Black Level slider. The higher the slider is increased, the more black and thick the lines will look.

If you bring the Black Level up too high though, then the whole picture becomes black. Yikes. Don’t do that. 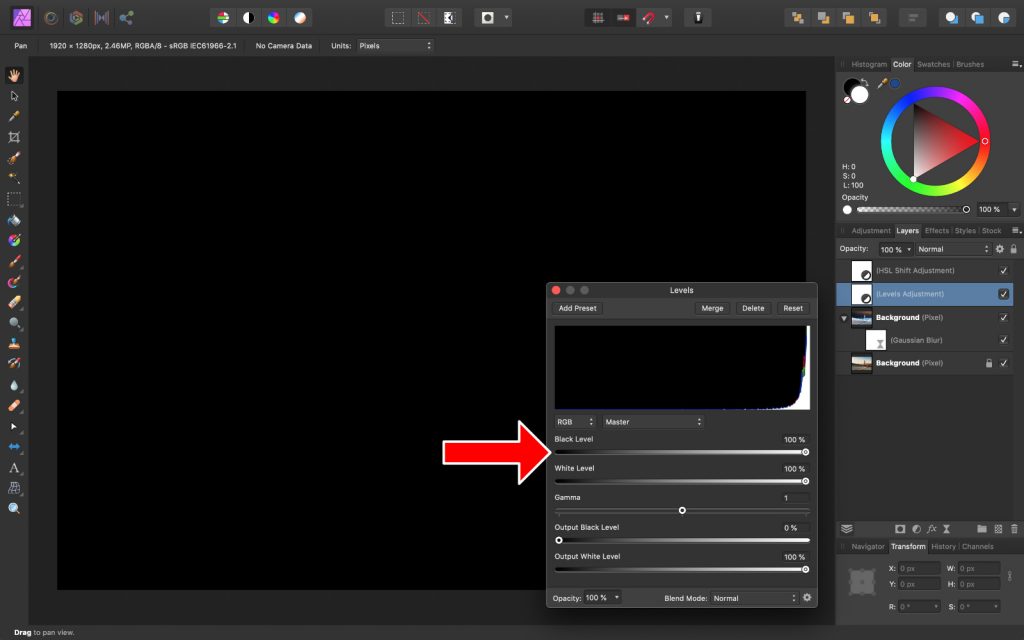 Keep the slider somewhere in the middle for a good pencil sketch effect. 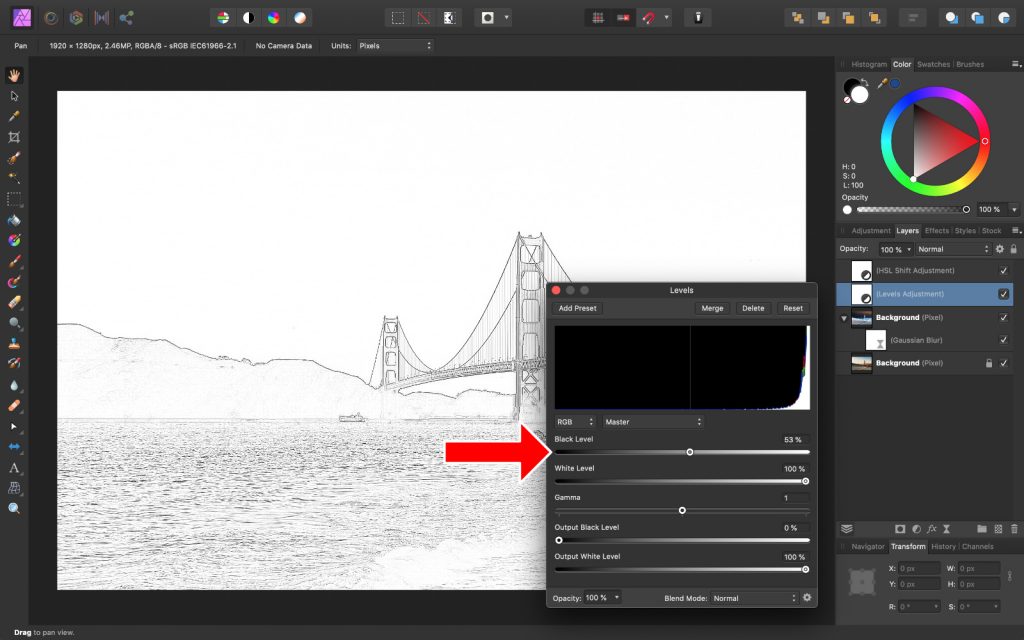 If you follow these steps again, this effect can work for any of your pictures. 🙂 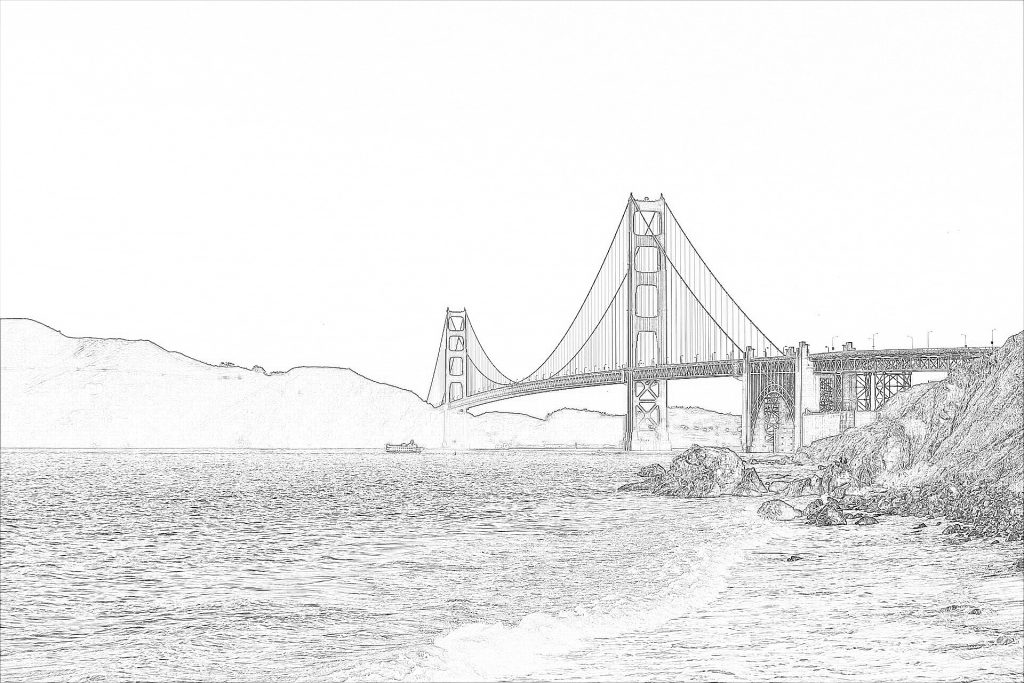 Nice work following along with this tutorial! By following all of these steps to the end, it’s clear that you take your photo editing pretty seriously.